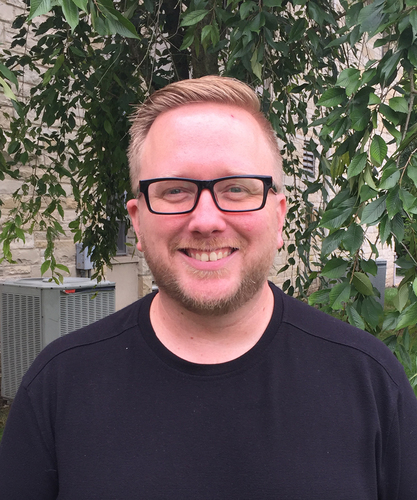 Dave gave his life to Christ at the age of 15 and experienced his call into the ministry at the age of 17. After graduating from Belpre High School, he attended Ohio Christian University where he graduated in 2001 with a Bachelor’s degree in Youth Ministry. After serving in the area of youth ministry for about 11 years, he began to feel God’s calling to go into ordained ministry and to sought to become an Elder in the United Methodist Church. In 2012, he began attending United Theological Seminary in Dayton, Ohio and will receive his Masters of Divinity degree in December 2015.

For the past 3 years, he served as the Senior Pastor at Faith UMC in Arcanum in the Miami Valley District before being appointed as a Resident Pastor at Epworth UMC on June 28th, 2015.

Dave is married to his wonderful wife Lindsey, who works as an ER nurse. Dave has a son named Roma, that he adopted from Ukraine when he was 11. Dave and Lindsey also have a daughter, Aurora and son, Soren. Dave and Lindsey enjoy hiking, going on dinner and movies dates, and spending time with family and friends. Dave also enjoys cheering on his favorite sports teams the New York Giants, Cleveland Cavaliers, San Francisco Giants, and the Ohio State Buckeyes.